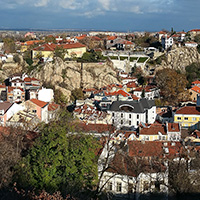 Bulgaria, located in the southeastern part of Europe and the eastern part of the Balkan Peninsula, has always been a land of many ancient civilizations and great people, who have sought to leave traces in their stormy history - bronze and iron spears and arrows, remains of stone buildings, carved messages in the rocks and on stone colonnades, or handwritten messages on parchment and skin to future generations.

For centuries, the roads that cross the territory of today's Republic of Bulgaria are a link between Europe, Asia and Africa. Four European main routes linking Western and Northern Europe to the eastern and southern parts of the continent cross over here.

City of Plovdiv - a crossroads of cultures. Plovdiv is situated on the two banks of the Maritsa River and its unique location on the above-mentioned ancient crossroads has contributed to the strong cultural and political influence of the Eastern and Western civilizations.However, the city has received its own exceptional cultural identity.Plovdiv is older than the oldest cities in the world like Rome, Athens, Carthage or Constantinople and is almost a contemporary of ancient Troy. The city is built on the ruins of other ancient cities and has its own culture that has evolved from the heritage of many previous cultures and civilizations.The city is built at the foot of seven Syenite hills, which is why it is often called "The City under the Hopes". 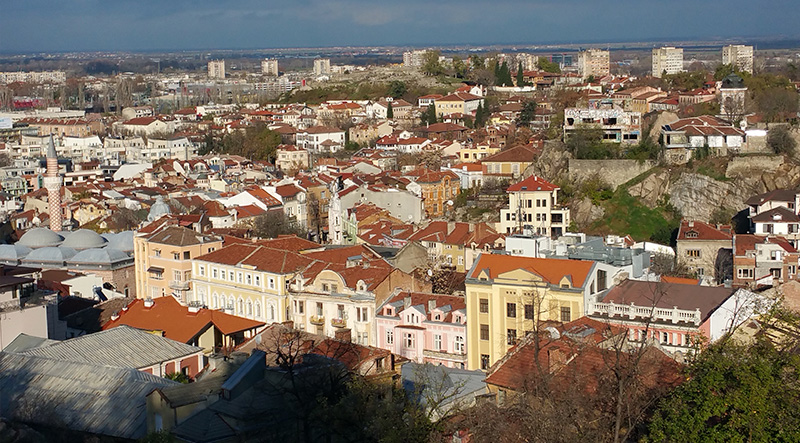 The International Fair, the International Theater Stage Festival at the Crossroads, the festival "The Cheese Chest" are held in Plovdiv.The antique theater, the Roman odeon, the agora (the Roman Forum), the Roman stadium, the late antique Airene building, the small basilica and other cultural and historical sites have been restored and opened to visitors from all over the world.

Plovdiv is the city of Bulgaria, elected European Capital of Culture for 2019.